Not only flowers, weeds can also represent women. Meet Lea, the ‘weedable.’

Owning a 5.6-hectare organic farm in Pangasinan, ex-politician Lea Astrud Santiago describes herself as a ‘weedable,’ redefining women’s role in agriculture as she shares her purpose in establishing and leading one of the best organic farms in Ilocos Region – the Our Farm Republic.

After retiring from public service in Marikina City in 2010, she went home to her mother’s hometown in Pangasinan and decided to manage their own family’s farm.

Rural areas, where most farms in the country are located, supposedly should offer a less polluted environment. But with the conventional practices of farmers such as the use of chemical pesticide and insecticide applications, their health is also at risk.

Farming with a conscience

More than economic gains, this became Lea’s primary advocacy after OFR was certified as a techno-demo farm on organic agriculture in 2012.

She took the effort to learn everything through training and seminars from both private and government institutions like DA, ATI, and TESDA which made her one of the government’s caliber partners in influencing and schooling farmers and rural women including groups from other regions when it comes to organic agriculture.

‘What you plant you eat and what you eat you sell,’ she further highlighted.

OFR eventually became first in the country to receive a three-in-one title – as a learning site, school for practical agriculture, and a farm tourism site.

But more than the titles she earned for the farm, Lea emphasized the importance of knowledge sharing after immersing herself further in communities during her farmer field school training way back 2013.

Upon her return to Pangasinan, Lea heard of the Pangasinense word “gawat” which means “hunger season”. A season when farmers in their area don’t have anything to plant after harvesting rice or corn – their main crops.

Farmers are the producers of food yet they still go hungry. This realization then helped her identify her needs and wants in a farm.

“I wanted to live in a farm na kung saan anytime, any season, meron at meron akong ma-aani. If you are a farmer, dapat hindi ka nagugutom. Dapat marami kang pagkain. Enough (food) not just to feed your family, but to share with your neighbors and to sell,” she explained.

OFR’s first crops produced were her favorites such as tomatoes, cucumber, leafy vegetables, and over time, edible flowers and weeds were included. A lot of people had asked her how to start a farm and as simple as it is, she advised them to plant what they love.

What to see at OFR

Aside from its processed products such as pickled greens, wine, and the popular edible flowers and weeds among tourists, Our Farm Republic offers lush gardens of vegetables, herbs, and spices that were creatively landscaped using recycled materials. OFR also has a rice area cultivated with pigmented rice and in some areas were grown fruit trees native to the country.

Harvests are regularly taken to Manila and some are sold at one of the malls of Dagupan City. Once tourism is in full swing, visitors are always welcome to experience its ‘pick and pay’ scheme.

Lea still continues to adapt innovations in pursuing her ultimate dream for OFR to become a premier farm tourism site in the country.

Though challenges would always be around, nothing would stop a `weedable` whose vision for organic agriculture in the country is more than just for her selfish pursuit.### 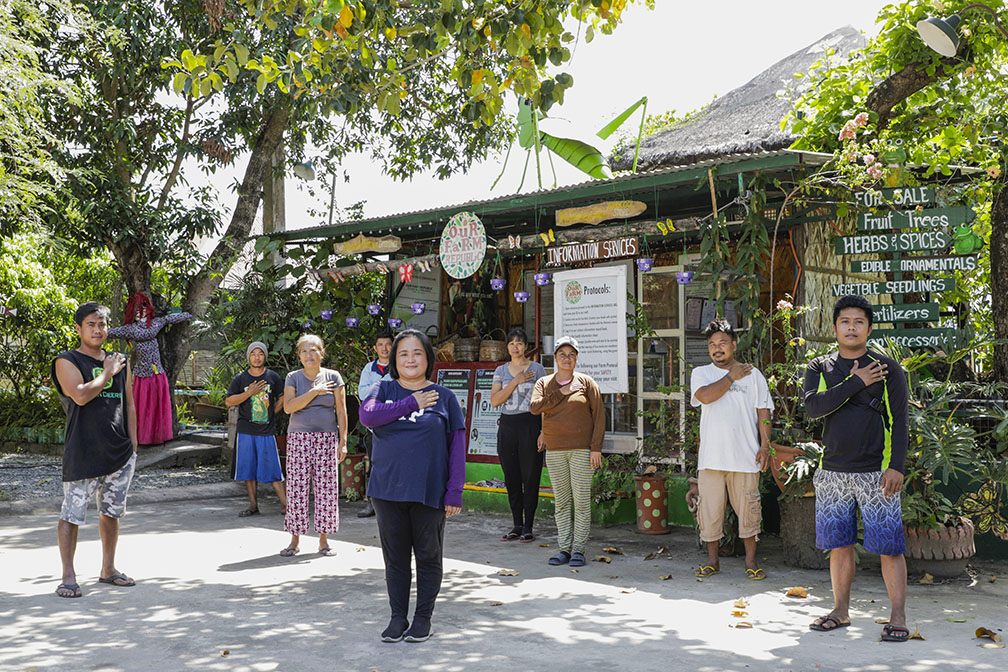