Imploring the best practices of project monitoring under the DA-Philippine Rural Development Project (DA-PRDP) for DA-awarded projects in Ilocos Region, the Regional Operations & Maintenance Audit Team (ROMAT) of DA-RPCO I and the technical staff of the Planning Monitoring & Evaluation Division (PMED), Regional Agricultural Engineering Division (RAED), and the Field Operations Division (FOD), conducted monitoring and evaluation in Brgy. Turod, Cabugao, Ilocos Sur on November 4, 2022 for a Solar Powered Irrigation System (SPIS) project of the Brgy. Turod, Cabugao, Ilocos Sur Farmers and Irrigators Association worth P5.7M and which was awarded under the Rice Banner Program in 2019.

This is part of the mainstreaming activities under PRDP which seek to integrate the best practices developed thru PRDP into the Department of Agriculture’s regular programs and projects for more effective and efficient project implementation.

Utilizing the PRDP tools such as the Operations & Maintenance Audit System (OMAS) and the Rapid Appraisal of Emerging Benefits (RAEB), members of the ROMAT and the technical staff of DA RFO I is set to inspect and evaluate a total of four identified SPIS projects regionwide and look into the effectiveness, efficiency, sustainability and impact of the project to the beneficiaries and the community in general.

Under PRDP, the OMAS is conducted every six months after completing the subproject to monitor the proper operations and maintenance of the project and seeks to establish the strategies adopted by the LGU and project beneficiaries in maintaining the quality and condition of the project to maximize its benefits.

Meanwhile, the RAEB is an evaluation tool designed to assess the impact of implemented subprojects on intended beneficiaries and find out whether the project contributed to the attainment of the Project’s development goals. Applying the RAEB tools in the project monitoring and evaluation activity also helps in identifying some of the challenges in project implementation from which the DA can recommend solutions, practices and sustainability measures.

Other than the actual field visitation of the project, the team conducted geotagging, Key Informant Interview (KII) with the municipal agriculturist assigned to oversee the project, spot interview and survey with beneficiaries, and Focus Group Discussion (FGD) with officers of the farmers’ association and barangay council to gather relevant data to determine the impact and success of the DA-implemented project in attaining the projected benefits and assess the current efforts and sustainability plans of the Local Government Units (LGUs) for the project.

Based on the responses gathered through the interviews conducted, the SPIS has contributed to the increase in farm productivity and income and cropping intensity of farmers that benefitted from the 15-20 hectare service area of the project directly benefitting a total of 20 farmer members.

Mr. Edgar Garcia, the association president shared that before the project was established, farmers in the area planting rice used to harvest around 5.0-5.5 t/hectare but with the project now providing them sufficient irrigation, they are able to increase their harvest to 6.0-7.0t/hectare. For corn, an increase from 90-120 bags/hectare (@40kg/bag) to 130-200 bags/hectare was attained after the project.

The project has likewise reduced their cost of production as they were able to save P5,000-P8,000.00 cost on fuel for their irrigation activities throughout their cropping season. Other members were now also able to grow other crops like vegetables, in addition to their rice and corn crops.

Emerging benefits derived from the project was the production of tilapia which the association president initially thought of by putting 3,000 tilapia fingerlings inside the water reservoir/tank connected thru the SPIS as an additional source of food for the association members.

The LGU, through the MAO, has expressed gratitude to DA for the implementation of the project in their municipality which he said has sparked a future plan of duplicating the said project in some other areas in the municipality adopting the design and strategies set by the DA.

With the evaluation conducted by the team focusing on the functionality, physical condition, and its social and institutional status, the ROMAT gave the association a rating of “Good” rating as they were able to maintain the project and kept it in good condition, however, record keeping on the expenses and income and other documentation reports relative to the maintenance of the project has been part of the recommendations to further sustain the project and deliver its maximum benefit to the farming communities in Brgy. Turod, Cabugao, Ilocos Sur.### 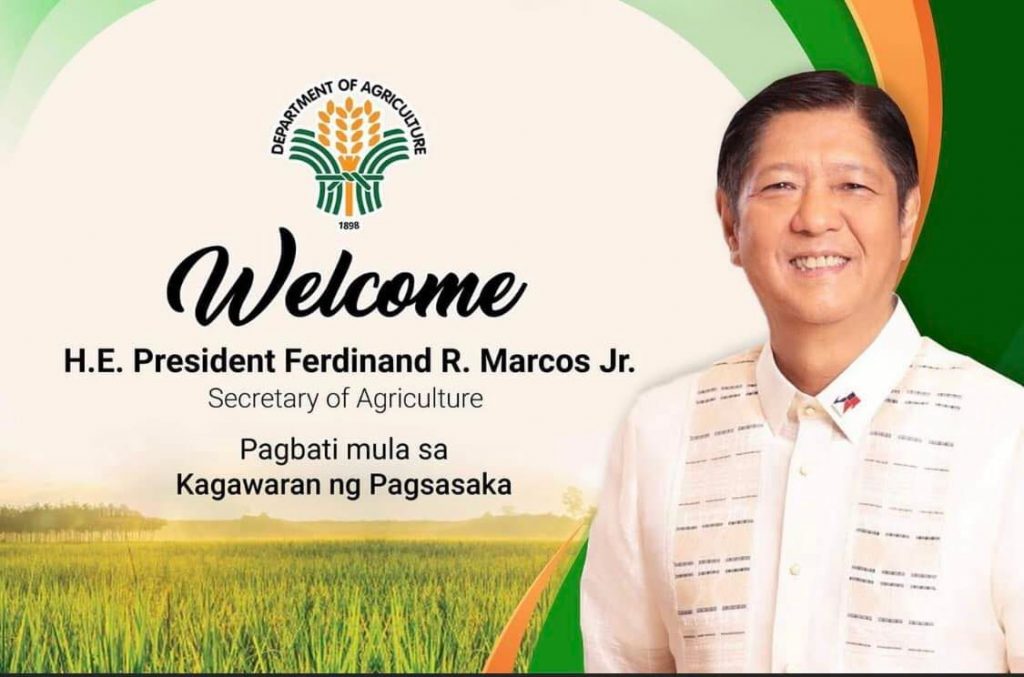